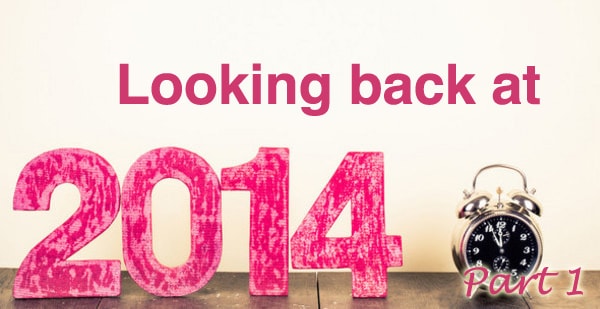 This time of the year in 2013 I asked some people in the industry about their big dreams in 2014 for an article entitled What’s Your Big Dream in 2014?. Before the week of Christmas I got in touch with them and asked them to revisit their 2014 big dreams and give their assessments. I also asked them to share with us their 2015 plans.

Here are the answers of those who were able to squeeze me in their hectic Christmas and work schedule:

“I think we will do one by yearend (keeping our fingers crossed on that) and the last one may be a couple of months delayed but if we do it in early 2015, we would still be ahead of schedule on all four targets. I can share some of the goals; unfortunately, not all because as a listed company, we’re bound by rules. Last year we did the PhP5 billion in first year premiums (single pay at 10%) target. We actually did close to PhP6 billion in weighted first year premiums between Sun Life and Sun Life Grepa. We also did the 5,000 advisors, ending the year at 5,500. The one that could spill over to next year is the PhP50 billion in assets under management for the mutual funds company. We thought we’d hit it last year when market was so bullish, but it slowed down. The last one had to do with net income but we don’t break down our income by country and also can’t project to yearend because of a gazillion disclaimers.”

“As for 2014 I hope I can be an advocate for less bureaucracy, red tape, regulations, taxation. The country, not just the capital markets, should benefit from improved efficiencies, lower friction costs, hopefully a more competitive Philippines.”

“I think that our work for our advocacies continued and went full blast through the year. And as we take stock of whether the Philippines is more competitive today than a year ago, the objective review would probably be – yes but not significantly. The country and its institutions did well in improving corporate governance. This should bring positive medium term benefits. Infrastructure spending started, though this delayed reaction will take some time for the multiplier effects to kick in.

But the country probably moved backwards in terms of implementing taxation policy consistent with overall economic objectives. Because of the thoughtless handling, if not outright counterproductive legal positions taken by tax authorities, they’ve created more red tape that needs to be untangled in the future. The self-inflicted and looming power crisis is going to be another drag on the economy. These factors will be competitive disadvantages and contribute to the difficulties of doing business in the country.

As a social or cultural phenomenon, the country has got to move away from the fixation of declaring national or regional non-working holidays. In a competitive world where we need to work more, instead of less, this thought process is basically illogical.

For 2015, I believe the directions of the advocacies remain the same: helping to educate stakeholders on these competitive issues, and trying to steer policies and implementation to the correct type of balance to get the country into a more competitive state.”

“As to my personal wish, it is rather quixotic. I really wish that Filipinos can have a better grasp of economics. I think the reason why our economy always has a hard time taking off is because the greater portion of the population does not understand the basic supply-demand concept. They want the government to regulate everything, not realizing that they eventually end up paying with a poor economy. I wish for this country to prosper, but for that to happen inclusively, people and government must learn to respond rationally to the price mechanism.”

“I checked my full year calendar in 2014. I was amiss on my Investment literacy endeavors in the sense that most of the investment seminars that I spoke at were to high net worth people. However, I had sent my people to work with a few religious organizations to help them out with saving for retirement. One notable success was with a Catholic diocese in Southern Luzon who needed to look after parish priests before they get to aging stage. Another was to an Evangelical Christian group whose workers now regularly put savings into mutual funds. One project that unfortunately got postponed to January 2015 because of typhoon Ruby is a seminar that I developed for FINEX Foundation. I entitled it ‘Understanding the Capital Markets.’ It is designed for practical understanding of markets, which FINEX would like to conduct to finance educators. The postponed first run will be on January 30 & 31 at the Ateneo in Naga City. The idea is to bring the course to finance educators in other cities outside Metro Manila. (Notice that I do not want to use ‘provincial.’ The term is so ‘colonial mentality.’ Cities like Cebu, Davao, CdO are very urbanized and have a life of their own.)

I suppose with this personal collaboration with The FINEX Foundation, it will be easier for me to spread the gospel of market related investing and productive use of personal savings.”

“To contribute in a meaningful way in creating the vehicle to make investing for everyone.”

“I believe my dream of creating a vehicle to make investing for everyone is about to happen. I made the bold move of retiring early and left a very successful career and a dream job as the Chief Investment Officer of the largest fund in the country. In 2014 I was able to set up the groundwork and the facility in order to make my big dream happen. I am targeting to launch the first fund supermarket in the country through the COL Financial platform in early 2015. Through this online fund supermarket, I hope to contribute in a meaningful way in helping others reach financial independence.          ”

“My big dream is to roll out our company’s stock option plan, to allow our people to be true participative owners of the company and have their compensation tied to the company’s performance.”

“When D&L had its IPO two years ago, many of our regular employees subscribed to and bought DNL stock. Many continue to be shareholders today. I think it reflects well on D&L; our people are putting their own money into the company and sticking with us. It speaks of how the insiders are themselves confident of the future prospects of the company. 2014 was a fantastic year for us and for Philippine business in general. The year 2015 will continue to be exciting for D&L: We will continue to innovate and introduce new products for our customers and target new markets. The acquisition of Chemrez will be fully realized in 2015. And if oil prices continue to stay low, the consumer segment of the economy will greatly benefit, and we’re at the heart of that growth.”

“To pay off the mortgage on my dream house which we are currently leasing out so we can move in ourselves; and for COL’s net income to reach Php1 Billion and for the share price to reach Php60!!!”

HER ASSESSMENT AND 2015 PLANS:

“Obviously, our share price isn’t there yet, but I’m more confident than ever that it will reach P60.  As for the mortgage, slowly but surely we are working on it. On the positive side, we have locked in at a good price, as property values continue to go up!

For 2015, I plan to organize my finances so I know how much I have and how much I owe.”

The rest of the assessments and 2015 plans will be published next week.

Attribution: Photo from FoodNavigator.com modified by the author to help deliver the message of the article.

Ep. 35: Transition from Kuripot to FQripot | Money Lessons with FQMom and Sons

How Do You Make Your Financial Decisions? (Meet Makatwirang Mak and Emotional Emong)

What is something really expensive you spent on that made you feel on top of the world?