Does democracy really work? Maybe in an ideal world where all men are really created equal, it does.

I do not wish to delve on the best form of government we should have but rather, on the process by which we make our decisions – be it in our family, companies, the way we invest, etc.

Idea Meritocracy is the principle adhered to by Ray Dalio, founder of Bridgewater, the world’s largest and most successful hedge fund. And we can learn a lot from him and apply this method in our own decision-making. (Watch Ray Dalio’s Ted Talk)

It is not an autocracy in which the leader leads and everybody just follows. Nor is it a democracy in which everybody’s point of view is equally valued. It is a system wherein the best ideas win.

What is good about this system is that it acknowledges that even great leaders can make mistakes, and that one point of view is inferior to multiple points of view in seeking the truth and making a decision. On the other hand, it does not allow itself to be hostaged by a popularity contest wherein the mob rules.

The reality is that not all votes are equal and we are better off not giving the same weight to each vote.

I remember many years ago when we were thinking of implementing the “No tv/gadgets on weekdays” rule at home. As I shared in my book Raising Pinoy Boys, we discussed this with the boys pointing out the pros and cons and allowed them to argue their case. Of course, my husband and I were on the pro (i.e. the implementation of the rule) and the three of them were on the con (no to the implementation of the rule). It was our home version of passing a bill in Congress and Senate where there were questions and interpolations. 🙂 We said that there were better ways for them to spend their limited time during the week. They argued that they were doing well in school and were only watching the good shows that allowed them to discuss with their classmates, especially Pokemon, which was their favorite at that time. They also said that watching these TV shows made them happy and allowed them to relax after a day in school. They actually argued well. In the end, the parents’ two votes won over the sons’ three votes!

The rule worked so well for the boys. During their growing up years, they spent a lot of time playing in the playground instead of being glued to the tv. In fact, while they were missing their favorite Pokemon show, they ended up imagining, discussing, drawing and inventing new attributes to their favorite characters.

I can say that the way we decided on the rule was an example of implementing idea meritocracy at home, minus Ray Dalio’s Dot Collector algorithm he discussed in his Ted Talk and his book Principles.

It is clear whose opinion/vote should weigh more when it comes to homes with minor children. So parents, don’t be afraid to implement your rules, no matter how unpopular they are, especially on your minor children.

Today, the boys are all grown up young adults and even if their parents’ votes still weigh more than theirs in general at home, we have been seeking out their opinions and actually giving more weight to them on matters that they have better understanding of. Again, it’s idea meritocracy without the algorithm. (Actually, I’ve been toying around the idea of how to incorporate simple algorithm in our decision-making, challenging the boys to come up with a simple excel version. 🙂 )

Of course, when it comes to the boys’ respective lives now, their opinions/votes are what matter, as they carry more weight than ours. They decide on their course, career, spending, relationships, and other personal matters. Fortunately, they still seek our advice on important things where they think they need help with.

Putting Weight on Each Vote

So how does a family or corporation (or sana a country 😐 ) distinguish the merit of one vote from the other?

It is through what Dalio calls believability weighting. More weight is given to the opinions of capable decision-makers compared to those of less capable ones.

The most believable opinions are those of people who:

I found this guide by Dalio both useful and amusing: 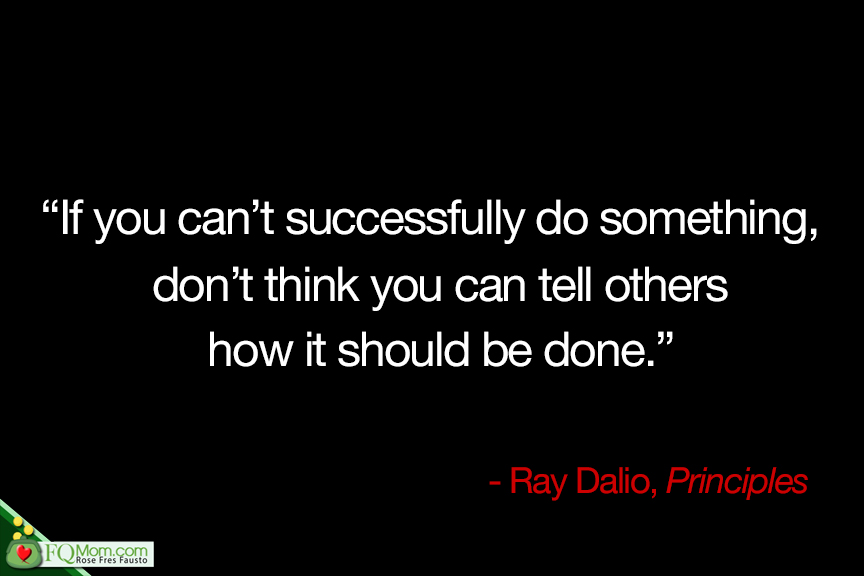 This principle was what I had in mind when I simplified the second part of the second law of money in The Retelling of The Richest Man in Babylon – Seek advice only from competent people. 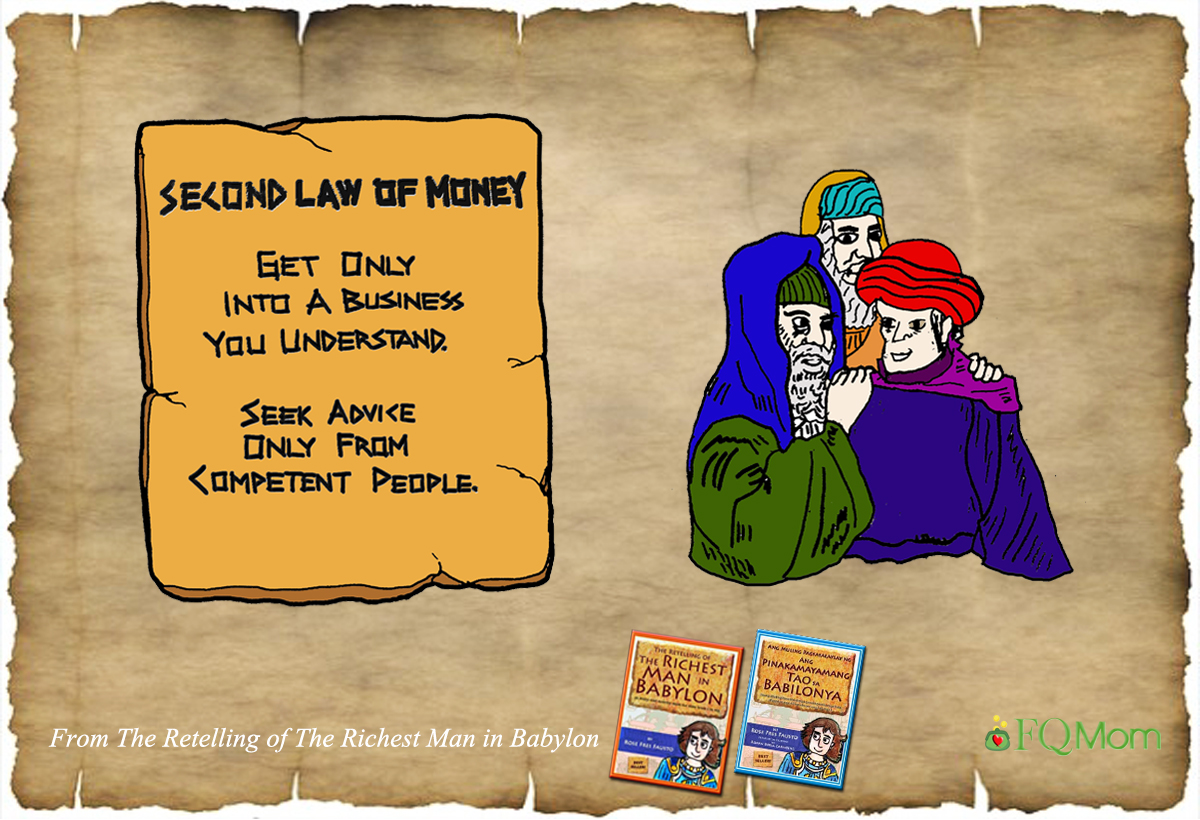 In the world of investing, there are a lot of self-proclaimed gurus out there prescribing to buy or sell or hold this and that stock. Inasmuch as the internet has given all of us access to a lot of useful information, it has also unleashed more useless and sometimes, even harmful information.

It is not just in investing, but in parenting, handling our relationships, health, and other aspects of life, that we have opened the floodgates of information. This heightens our need to filter information. We have to vet our sources. Time is precious so let’s not waste it by giving it away carelessly. The next time you have to listen to someone’s opinion – be it on parenting, health, hot stock picks, love life, etc., ask these two questions:

If your source proves to be believable, only then should you devote your precious time to it.

If it’s any consolation, since you have reached this part and spent your precious time with me, rest assured that I do spend time thinking, researching, reflecting, and editing my pieces to be worth your while. And I share knowledge that I’ve stress-tested myself. 🙂

Rose Fres Fausto is a speaker and author of bestselling books Raising Pinoy Boys and The Retelling of The Richest Man in Babylon (English and Filipino versions). Click this link to read samples – Books of FQ Mom. She is a Behavioral Economist, Certified Gallup Strengths Coach and the grand prize winner of the first Sinag Financial Literacy Digital Journalism Awards. Follow her on Facebook & YouTube as FQ Mom, and Twitter & Instagram as theFQMom.

ATTRIBUTION: This article is inspired by Principles by Ray Dalio.