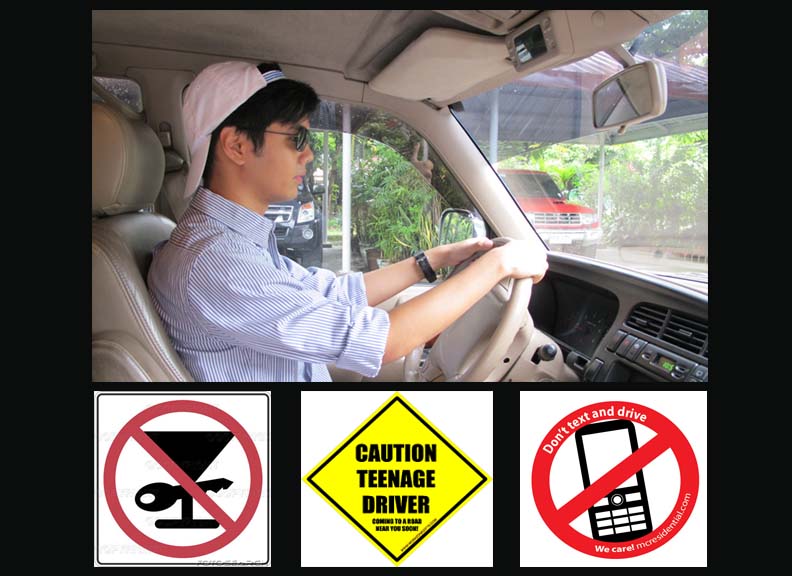 Driving is a skill we want our children to acquire at the right age. I remember back in the day when young boys were in such a hurry to learn how to drive. I’m sure you know a lot of Filipino men who got their Driver’s License way before they reached the legal age of driving. And you don’t even have to look far. (Hello brother and hubby!) This is why when you renew your license, there is an option to correct your personal details which says “Change birthdate.” I’m not kidding, I saw this several years ago when I renewed my Driver’s License. And mind you, there were no questions asked, no perjury cases filed.

Let me put the records straight, I’m not one of those who got their Driver’s License before the age of 18. In fact, I was already in my twenties when I got mine. And although I keep my license current, I hardly drive. There were only a couple of years when I drove on a regular basis. This was when I held a consultancy job that allowed me to go to the office and go home at off-peak hours. I was able to handle that. Then when my youngest decided he wanted to go to a school different from that of his older brothers.’ During his first year in his new school, I had to drive him two to three times a week, alternating with his carpoolmate. That one, I didn’t like because I had no choice but to drive during peak hours. But on his second year, we mastered the logistics of one driver bringing the boys to two different schools and I was happily off the hook.

I have never enjoyed driving. Even if it feels limiting to always schedule my appointments and errands to conform to the boys’ scheduled activities, I’d rather do that than drive myself to wherever. I don’t like driving because driving in Manila makes you experience every second how people who don’t follow rules get away with it and even get ahead! Driving also teaches you how to curse. That’s how I expressed my “driver’s rage,” well, except when my then little boys were around. But my anger in unruly drivers impressed well on my boys that one time I heard them say, “Bus driver is short for bastos driver. It’s true, that’s what my mom said.” Uh oh! We really have to be careful with what we say in front of our impressionable little tots.

Now that they’re all grown up, two of them are already driving. And as much as doing our logistics is easier to handle now, my husband and I have to face a new challenge – i.e. to ensure that our young boys are responsible drivers.

The alarming statistics of drunk driving accidents and the real stories of children whom we or our friends personally know scare us even more. In the last month, I have heard and read about a handful of tragic car accidents of young boys. A friend of mine was hit by a teenaged drunk driver at 6am on June 12. The boy was just coming home from a party. Luckily, she was not hurt but the young boy was bleeding and his car was a total wreck. Another fatal accident involved two sons whom the parents thought were sleeping in their bedroom. Can you imagine the anguish of losing two sons in one senseless accident?

There was one parenting seminar we attended where the couple speakers said they’d rather hire a driver to drive for their kids than risk losing them to drunk driving. I also know some worried moms who try to delay allowing their kids to get their Driver’s License for fear of getting them into these accidents.

But as long as efficient and convenient public transportation is not yet available in our country and your kids see a car parked in your garage, I think you’re better off teaching them responsible driving than any delaying tactic.

The minimum age for one to get a Driver’s License is now 17 years old. You may apply for a Student Driver’s License at the age of 16. But the very first thing to consider is your child’s maturity. Is he or she a responsible child who can be trusted to stay behind the wheels? Remember it’s not only your child’s safety at stake but also those who will ride with him/her and those who will be in his/her vicinity while driving. Maybe before your child turns 16, you may talk about the situation and even use it as an incentive for him/her to show greater responsibility – going home on time, bringing home good grades, helping out at home, etc.

In our case, our two older sons got their Student Driver’s License when they turned 16. Then they had one year to learn how to drive and practice, under the supervision of my husband and our driver who had a Professional Driver’s License. So it was a relaxed learning period, no need to rush everything in six days, and no need to enroll in Driving School.

When they turned 17, they went to the LTO (Land Transportation Office) filed their application, waited, took the driving test, waited again, had their photo taken, then waited again until they got their Driver’s License. This was their first taste of government bureaucracy. It took them practically the whole day to process their license in a not-so-convenient setting. Both of them complained about it, especially when they found out that some of their friends and cousins got their licenses without doing any of the stuff they did. But we’re not about to change anything for somehow the tedious but legal process they went through made them more aware of this milestone in their life. The act of going through the ritual of one year learning and one whole day processing gave them a better appreciation of the privilege and corresponding responsibilities of holding a Driver’s License.

Then here comes drinking during parties. Our rule is DON’T DRINK AND DRIVE! I can only tell them the stories of other people – how sometimes it’s so tempting to do it and how to avoid being pressured to do that crazy thing. I, personally, have zero experience of drunk driving or even the temptation to do so. First of all, I’m the most reluctant driver in the world with probably the lowest total driving hours clocked in. Another thing is I have never been drunk in my entire life. Really! I don’t really like the taste of alcohol which makes me unable to consume a quantity enough to even make myself tipsy. In rare occasions when I have to raise my glass and say, “Cheers!” or during the times I attempt to enjoy a glass of wine while having dinner at a fine dining restaurant, the most that I ever consumed was probably 10 ml. That’s even less than the dosage of my cough syrup!

I know that boys will be boys and they would have to experience getting drunk someday. The idea is to really make them see how stupid and irresponsible it is to drink and drive. That’s why we tell them these horror stories. And we have to follow through. We should never tolerate even just a shot. If there are times that they don’t follow this rule, we have to be very stern on them, no matter what you or your spouse did during your younger days. If you did those irresponsible things in your wild youthful days, there’s no need to pass them on to your kids.

I remember one time when my husband and I were away and my oldest son went to a party. Our youngest reported to us that his kuya didn’t come home that night but instead came home the following morning. Of course, we were mad at him. It’s a standing rule that the oldest becomes the guardian when both parents are away. When we got home, he explained that he drank that night and decided to sleep over in the house where the party was held because of our rule of Don’t Drink and Drive.

There are times when they would request to be driven because of the possibility of drinking during the party and we allow that.

Recently I read an article entitled Drunk Dialing by James Deakin which talks about a service that is available to anyone who finds himself in a situation when he can no longer drive. You simply call Lifeline’s hotline (16911) and ask for a driver. Lifeline will dispatch a vehicle with two drivers on board, no questions asked.

No matter how we prepare our teens about careful and responsible driving, some minor accidents are bound to happen. My sons have experienced hitting the pavement, the gate, being hit by a taxi in a blind corner. The scariest so far was when one of them hit a street kid who suddenly crossed his path from nowhere. It was a good thing he was moving slowly and there was a security guard who saw the accident. The guard even scolded the kid who immediately ran away. My son called the kid and her older sibling so he could bring them to the hospital to check if she’s ok. When my son called us to tell us what happened, I was in near panic. We rushed to meet him at the hospital. Thank God, the kid was not hurt at all.

It’s a good thing that my husband is calm about situations like this. Whenever he gets emergency calls from our young drivers, he assesses the situation then instructs them what to do. When the damage to the car is caused by negligence, he makes them pay for the repair.

Despite the dangers we have to look out for, we cannot deny the importance of allowing our children to drive. It is a step towards independence. A Driver’s License, when responsibly used, gives both our children and us parents some form of liberty – liberty for them to travel on their own, and liberty for us parents from the responsibility of hatid-sundo. Let’s just remind them that this privilege to drive goes with corresponding duties and responsibilities that they have to take seriously all the time.

So are your teenagers ready to drive responsibly?

(Image attribution: Photo and images of traffic rules put together by the author to help deliver the message of the article.) 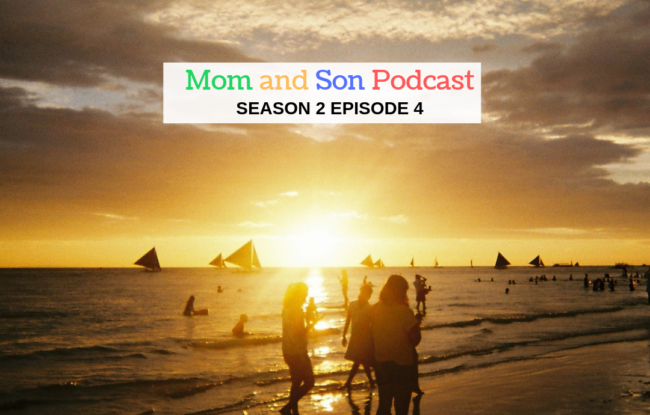