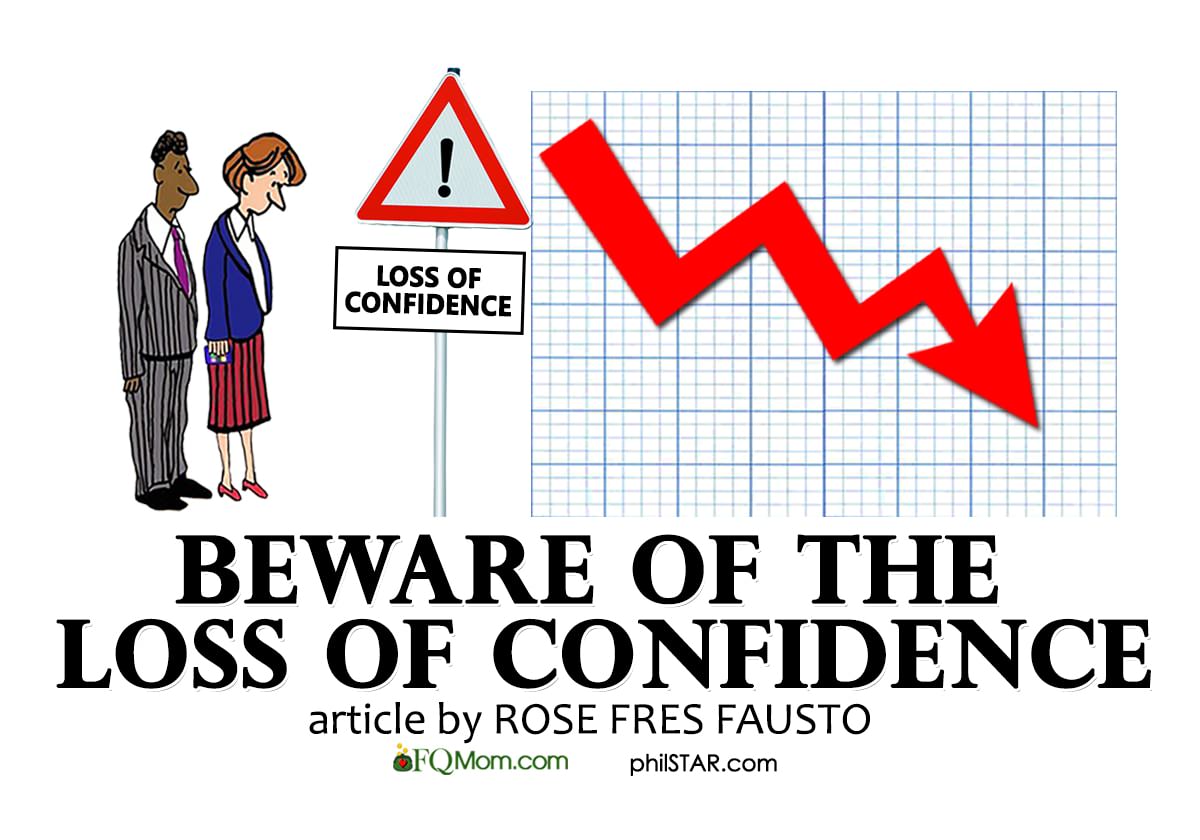 Over the last few weeks, the index has been shedding points, which caused a famous tour guide to post on his Facebook timeline, “The Philippine Stock Market is crashing simply because the rest of the world knows that a drug war is a bad investment. Much less one that is run by Rodrigo Duterte and Bato Dela Rosa.” This was immediately given a rebuttal by a personal finance guy who said, “Financial Education is badly needed nowadays. Tourist guides shouldn’t be Financial Analysts. A lot of factors affect the movement of stock prices, not just political factors. Foreign selling is evident now but this correction is expected. Never use your influence to create panic as it does nothing good…”

This heated exchange was picked up by netizens who joined the conversation. Fortunately, all is well that ends well when the personal finance guy apologized for his words and the tour guide accepted, with a coffee session in the future. Who knows they might end up as besties. (Click link to read the posts.)

The truth is, both sides raised valid points. But what I’d like to discuss right now is the importance of CONFIDENCE in the market, in the economy and in our country in general.

Last week someone helping the Department of Finance requested to meet with me to get my feedback on the proposed Tax Reform. The program looks promising but of course, it involves a lot of work and cooperation from different sectors of society. The very important premises of the program’s success are the 91% trust rating of the president and an average GDP growth rate of 7% p.a.

For years now, there has been an international consensus that Philippine economy has good fundamentals, allowing it healthy economic growth in the previous years and into the coming years. Nonetheless, there is a limitation to where our good fundamentals can take us. Take out confidence, and everything may go down the drain.

Our lowest PSE index was at 129.52 in February 1986 when our historic revolution was happening, a time of uncertainties and loss of confidence in the economy. It’s worth mentioning that our economic fundamentals then were in historic worst condition. Fortunately, the bloodless people power revolution saved the day and international confidence was gained back. Pres. Cory Aquino was invited to speak at the US Congress as a momentous sign of support and renewed confidence in our country’s democracy. She was given a standing ovation. Some Filipinos who had left the country also came back to give their share in rebuilding our nation. Unfortunately though, we failed to really take off primarily because of the many coup attempts that eroded that freshly gained confidence.

The succeeding Ramos administration was more peaceful and hopeful. Renewed confidence was there despite power shortage and then the Asian crisis happened.

This was followed by the short-lived Erap administration, tainted with corruption that ended in EDSA 2. He was succeeded by then VP GMA (Gloria Macapagal Arroyo).

To further illustrate how critical confidence works in the economy, let’s take a look at the GMA and PNoy administrations. It is true when they say that some of the economic rewards reaped during the PNoy administration were planted in GMA’s regime. Unfortunately for GMA, there was a significant loss of confidence in her administration. I have seen and heard how hardworking she was, but when she started losing the trust of the people around her, trouble started to brew. After turning her back on her promise that she wouldn’t run again, power became an end goal that eventually led to her 2014 “Hello Garci” downfall. The loss of confidence was glaringly demonstrated by the en masse resignation of Hyatt 10 in 2015, most of them were her hand-picked cabinet secretaries. Prior to that was the Oakwood mutiny, which brought jitters to investors, both local and foreign.

Compare that to the confidence level that her successor PNoy enjoyed. Again, just to ward off accusations of being a Yellow Loyalist, I disclose here that I did not vote for Noynoy Aquino in 2010 and I actually voted for GMA in 2004. A big factor in PNoy’s success – finally getting our first ever investment grade rating from international ratings agencies and the high growth rates throughout his 6-year term – was the confidence in his leadership.

Where are we in the Confidence Level now?

The 91% trust level that was released soon after the new administration was installed is a significant political capital. A popular leader has a better chance of getting the cooperation of its citizens and business owners here and abroad. This is an important commodity that should not be wasted but should be taken care of.

Unfortunately, the first few weeks of the administration’s all-out war on drugs has resulted in significant casualties that no amount of justification can put to rest. A human life is precious and laws have to be followed. We have caught the international attention on human rights violation. Inasmuch as we are a sovereign nation, we cannot ignore what respected international organizations say.

When the UN expressed its concern about the extrajudicial killings, they received a well publicized cursing from our president. Of course, the recent one was directed to US President Obama, when a hypothetical question was asked by a journalist during a press conference prior to his flight to Laos.

On August 18, 2016 during the ECCP (European Chamber of Commerce in the Philippines) forum, its President Geunter Taus said, “There’s a hesitation at this point in time to really come in to the Philippines from an investment point of view because the people would rather be at a wait and see how the situation on the extrajudicial killings turns out. We’re not just looking at it from a political point of view but really from a business point of view.” (Click link.)

On September 8, 2016 their American counterpart echoed the same sentiment, “The American Chamber of Commerce of the Philippines voices growing concern over developments that could harm the long-standing optimism of American business to invest in the Philippines. While the country’s economic fundamentals are strong and its potential is high, our members have raised concerns that some basic American values – which Filipinos have long shared – may be weakening in the current environment.” (Click link.)

Last weekend I had the chance to talk to brokers catering to foreign fund managers. According to them, the main concern is the volatility in leadership. It seems that it’s getting difficult for them to justify their overweight positions in the Philippines given the situation. And the thing is, we cannot blame them. We announce to the world that we are at war and the casualties are to be accepted. Moreover, we just officially branded our entire country as lawless. On September 3, 2016 the president declared the Philippines in a state of lawlessness! Then his special assistant clarified that it only covered Mindanao. Hours later, it was reverted back to nationwide.

Imagine yourself as an investor; would you take the risk given these uncertainties? Couple that with a memory of the 10-year trend that has happened in the recent past (i.e. 1987 Black Monday crash, 1997 Asian Crisis Crash, 2007-2008 Financial Crisis), and all the country’s good fundamentals may take a backseat.

I remain a proponent of long-term investing. I’m also not in the habit of predicting the index and I remain to believe in our economy’s fundamentals, which will still translate to better earnings in the long-term. But there’s the reality of how important confidence is, and how tragic the loss of it is in everything that we do.

Confidence is important in our relationships, in the way we conduct business, how we parent, how we run things in general. We have to be consistent in what we say and do, in applying rules. We have to be fair and respectful; otherwise, loss of confidence becomes inevitable. And we know that gaining it back is a much more difficult task.

ATTRIBUTIONS: Photos from videogamer.com, fotolia.com, starkey.com and carlkillian.com put together to deliver the message of the article. 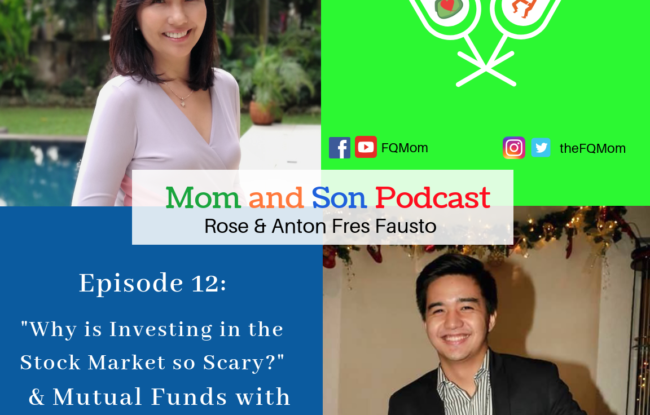