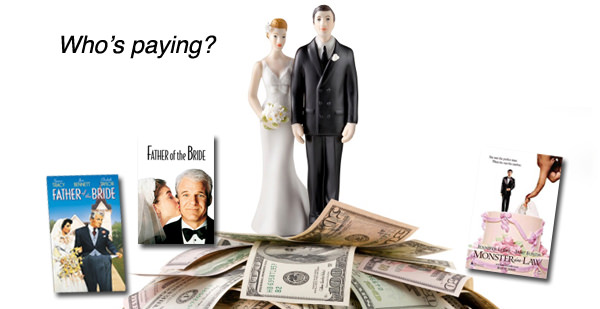 Do you know that among Saint Nicolas’ acts of generosity and Christmas traditions such as putting socks by the fireplace and fantasy stories about Santa Claus passing through the chimney had something to do with dowry? Saint Nicholas was a 4th century saint who was a bishop of Myra, part of the modern day Turkey. It was told that he helped a poor man with three daughters who didn’t have money to pay for their dowry. At that time, it was a big misfortune if you could not pay for your daughters’ dowry because if they remain unmarried in a society that didn’t have real earning jobs for women, they would most likely become prostitutes! To help the poor man, Nicholas gave purses of gold coins the night before each daughter came of age. He wanted to remain anonymous and he did it by throwing the purses through doors and windows. The father wanted to find out who his benefactor was so on the night before his third daughter came of age, he planned to watch his doors and windows. Learning about this plan, Nicholas decided to drop the third bag down the chimney instead. Earlier that evening, the daughter had washed her stockings and hung them over the embers to dry. So Nicholas bag of gold fell into the stocking!

In the Philippines it’s the family of the groom who usually shoulders the cost of the wedding. When we had one boy after another until they became three, our friends would tell us, “Even if you save on the cost of 18th birthday celebrations (which by the way are running wild these days costing as much as weddings!), you will have to pay for three weddings!”

To that we answered, “Oh, but the boys know that their Papa paid for our wedding and they should too.” The big difference is, by the time your daughter turns 18, she would still be a student with no income yet. But by the time your son gets married, he should already be earning well and ready to have a family.

Even amidst the rising cost of weddings these days, I still encourage parents to allow their children to pay for their own weddings. There are great benefits in doing this. Here are some of them.

It may not be easy to say no to your parents’ offer to pay for your wedding, especially if you already had this grand wedding in your dreams back when you were still young. Well, most of the things we work hard for are the sweetest to have. But please, do not delay unnecessarily just because you can’t afford Jason Magbanua to do your video. There is a right time for getting married, and it’s usually not just about the money. If money for a grand wedding is the only thing that’s delaying you, think again. Adjust adjust adjust! Pick the one thing that really matters to you and that’s what you spend on. The rest, you will be surprised, you can actually do without.

The boyfriend-girlfriend relationship also has its own gestation. It’s very similar to nature’s way of allowing a fruit to ripen. You can’t have it too early that it may still be sour. Nor can you have it too late that it’s already overripe or even rotten. You have to say I Do at the sweet spot: Not too young to be clueless of who you are. Not too old to be too set in your own ways, making it hard to allow another individual into your life.

For our next installment in this series, here’s a sneak peak: It’s a piece from my niece and goddaughter in baptism and wedding who just said her I Do. It’s about Finding Fitting and Funding your Dream Wedding Gown. Watch out for it.

To read the Introduction of I ❤ Weddings Series, click https://fqmom.com/❤-weddings/

(Rose Fres Fausto is the author of bestselling books Raising Pinoy Boys (download free book sample) and The Retelling of The Richest Man in Babylon (a story and activity book for kids from 1 to 92). Click this link to watch the new and exciting Book Trailer.

To read her other articles go to Author Archive of PhilStar.com, FQMom.com and RaisingPinoyBoys.com. Send your questions and comments via email to FQMomm@gmail.com. To watch her interviews and other videos, go to FQ Mom you tube channel.)

Attribution: Photo from imdb.com, flickfacts.com and huffingtonpost.com put together by the author to help deliver the message of the article.