The second law of money is Get into a business that you understand. Seek advice only from competent people.

For this week Chapter 5 of The Retelling of The Richest Man in Babylon was read by no other than Marvin V. Fausto, the founding president of the Fund Managers Association of the Philippines. (Click link to watch video Chapter 5). He has been in the finance industry for over three decades, having managed the largest and most profitable funds in the country. Last year he received the 2013 Best Fund House in awarding ceremonies held in Hong Kong for managing BDO Trust fund, the largest in the country. He held the position of Chief Investment Officer of BDO until he availed of his early retirement in February of this year.

Marvin looks back at his fruitful career with contentment. Straight out of college with a degree in Management Engineering (ME) from the Ateneo de Manila University, he became an analyst in 1983 at the Credit Division of Far East Bank and Trust Co., where he learned the skill of risk analysis. He then moved to the trust department of the same bank. Far East Trust is the pioneer in the country’s trust industry and he was fortunate to have been trained by respected names such as the late Atty. Corazon Buenconsejo. It was when he moved to CityTrust that he found his calling in fund management. He loved the art of combining his prudent skills in risk analysis and trust fund management, together with the excitement of watching how listed stocks perform in the market. He learned the discipline of acknowledging and controlling fund manager’s emotions amid the manic depressive stock market. He enjoyed visiting and learning about companies across different industries. He honed his skills in managing not just the funds entrusted to him but also the expectations of clients.

With stress, excitement and everything that goes with the job, he remains a well-rounded person who’s into sports, especially running (he ran the Tokyo and New York marathon in 2013) and fatherhood. He exercises the same discipline in his career, diet, exercise, and his role as family man and citizen of this country. He is active in professional organizations such as the Trust Officers Association of the Philippines (TOAP) where he held the position of president, and also the Fund Managers Association of the Philippines (FMAP), which he co-founded in 1997. He currently sits in the Board of Advisers of TOAP and FMAP. He’s a governor representing investors in the Philippine Fixed Income Exchange Market Governance Board. He also sits in the Board of Advisers of the Chartered Financial Analyst (CFA) Society of the Philippines.

And why do I know all these? Disclosure: I happen to be married to him.

Marvin is now a consultant of COL Financial, the largest online stock brokerage in the country, with an exciting project of fulfilling one of his give back dreams. Bred in the Jesuit tradition of Man for others, Marvin had always wanted to share what he knows about saving and investing to as many Filipinos as he can reach. With his ongoing project, he hopes to help the regular Juan make intelligent investment decisions with his hard earned money by creating a consumer-friendly portal that allows the investor to see the rankings of different funds available according to risk, return, fees and other costs. After studying these different aspects involved in finding the best investment vehicle depending on goals, one can purchase the fund of his choice using the same portal. The disclosure and proper guidance that this service will bring will revolutionize and democratize investing. Then we can truly say that Investing is for everyone! (a mantra he has kept in his old files)

Discussions with OFWs have elicited optimistic and excited reactions. With this service available, they can handle their investments from wherever they are.

With this vehicle, observing the three laws of money becomes easier. Particularly, the second law, (Get into a business that you understand. Seek advice only from competent people.) will now be made easier because the investor would have an easier way of understanding the different funds available.

Our Own Arkad Moment:

In the past, we also had our Arkad moment of getting into a business that we didin’t understand. Back in 2001, we got into the food business just because we thought that food was a basic need and our neighbor who was really doing well with his fastfood stalls, offered us a space. It was okay at the start with the novelty and the income generated by our early gains. But when the bottomline started to dwindle, all interest was lost. My “thesis” which I wrote after this experience included the following lessons learned: What was I thinking, I’ve never really liked to cook. Unlike a lot of moms, I don’t even enjoy doing the grocery and that’s why I do ours only once a month. And there I was going to the grocery when some inventories ran out. I didn’t have the competence or the interest in food preparation. Sure I love to eat but even with parties I host at home, I refuse to do the cooking.

And so when I hear people tell me that when they retire, they will do this and that (something outside their realm of competence and passion) just because it seems to be the trend, or because the business model seems to work, I share with them my experience. Loving food or the services you avail of in a spa is not a valid reason to get into a restaurant or spa business. You have to love providing the services that go with the business. Great businesses are made because the principals love giving the service to their customers. Or they are stubbornly crazy about their pet products that they will pursue even when they start losing money. Getting into a business just for money’s sake is a sure formula of losing money. I should know. I’ve been there.

What kind of “guru” are you listening to?

I am happy that there is an increased awareness in financial literacy right now. But this also goes with the proliferation of so called finance gurus and scams. I cringe at the sound of the title finance guru when I am referred to as one. I’m just a mom who believes in the importance of financial literacy, who’s sharing what she knows about the “emotional” subject of money. But I guess we just love to give big time titles so there are a lot of people carrying that title right now. I advise you to choose them well. Ask yourself: Does this “guru” know what he’s talking about? Does he have enough experience and credentials that I should listen to him? The proof of the pudding is in the eating. Has this adviser already reaped the rewards of what he’s teaching? Then make that decision of who to listen to.

My Interview with The Honey:

This is the sixth installment of my Rose Fres Fausto Interviews and probably the most awkward one I conducted. Find out what my husband Marvin has to say about his childhood money memory, how he learned about investing, how he initially felt about the book, raising children, and addressing poverty. 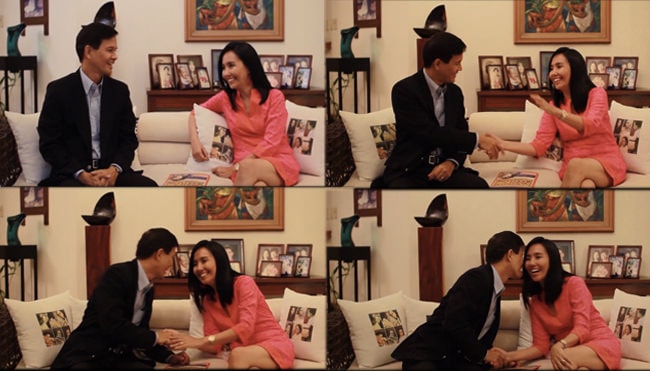 Nakakatamad! (How to motivate yourself to get back to work after the holidays)

Quarterlife Marking For A High FQ

Nakakatamad! (How to motivate yourself to get back to work after the holidays)