On July 27, 2015, President Noynoy Aquino delivered his last State of the Nation Address (SONA). And since I live in Q.C. it made sense to avoid going out of the house and risk getting stuck in traffic. So I equipped myself for an afternoon of front row viewing of this milestone show of PNoy.

In earlier news, I heard some protesters complaining about the overkill preparations being done by the police – complete with barbed wires, cement barriers, containers to prevent them from entering the no-rally zone. I did my own overkill preparation of hot tea, banana chips, Japanese peanut snacks, potato chips and chocolate to keep myself from dozing off to sleep. Come on, it’s not very easy to keep your attention listening to hours of speech. 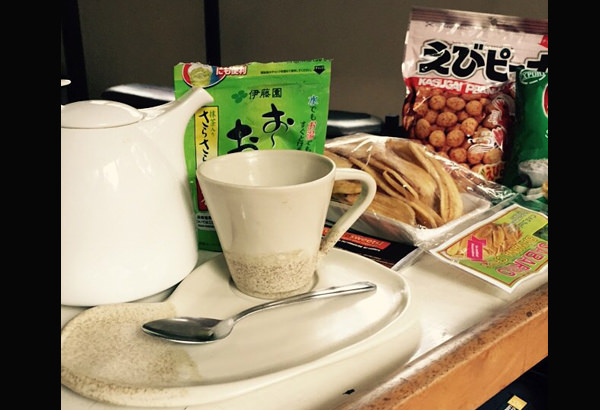 I tuned in early in order to catch the red carpet portion of the event. However, I noticed that this was missing in yesterday’s coverage. Maybe ANC was asked to tone it done and avoid looking like an Oscars Awards Night. I understand this because a lot have complained about the insensitivity highlighting the contrast of the lavish outfits and the real state of our nation, which is widespread poverty among Filipinos. But I just had a special interest on their Filipiniana-inspired outfits that day because my parents are celebrating their 60th (Diamond) Wedding Anniversary soon and my mom has chosen this as our theme. So I did the next best thing. I checked out Instagram #SONA2015 and saw some interesting outfits. Another thing that helped me keep my attention was keeping tab of the interruptions for applause and coughs. For the duration of two hours and 15 minutes, here’s the score: applause= 140; coughs = 8, the latter is an improvement from last year. He may have reduced smoking already.

The Speech
My husband, sons and I have been doing public speaking for quite some time now – our talks and presentations, both individually and as a family, my sons’ hosting jobs (in their respective schools and offices, etc.). Although we still have a lot of public speaking to do to complete our 10,000 hours, we now treat public speaking more seriously, with more respect and with a higher standard. Like last Sunday when we heard mass, we couldn’t help but be exasperated when the priest kept all of us and the other parishioners hostage with his long, winding, and going-nowhere sermon, not an unusual occurrence in Catholic masses. Bishop Soc Villegas nailed it when he said, “Priests should stop the homily abuse, which can harm the soul!” As a public speaker, I believe that your listeners’ time is precious, and you don’t only waste their time, but also your opportunity to connect with them if you fail to prepare well.

The SONA is no exception. In fact, this is a very important address that the president delivers to his fellow Filipinos whom he has started calling boss ko since his first one in 2010. 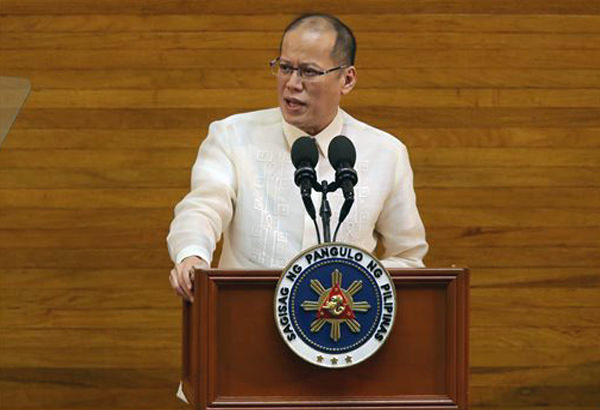 Let me share some of my observations about the last SONA: 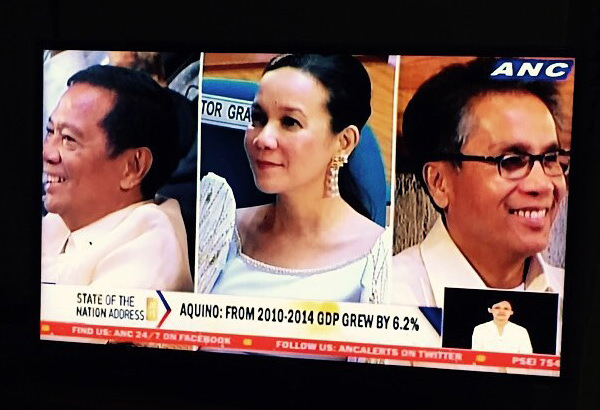 So what grade do you give the President? Earlier that day, I saw Professor Clarita Carlos being interviewed by Karen Davila and I liked her candor and smart answers. She refused to give PNoy a grade and when pressed for one, she reminded the host about the condition of her guesting – i.e. she will not give PNoy a grade.  Then she went on to explain the different aspects and references and different kinds of public, that makes it difficult to give a catchy sound bite of a categorical grade.

This discussion made me think about how a president should set his goals upon assumption of office. Should he just set easy-to-reach goals so that on his last SONA, he will be graded favorably? But we all know he shouldn’t. As one writer said, “The danger is not in setting your goal too high and not attaining it, but in setting it too low and attaining it!”

How should we set our goals?
When we do our own goal setting in our family, we start out with a really big dream that embodies the kind of person we want to be. Then it’s broken down into medium and short-term goals, then further down into monthly goals and daily winning habits. For family goals, we know that each one has a role to play. And I think it might be good to have something like this as a country. The late Lee Kuan Yew had it structured like this and they were detailed in his thick books From Third World to First and The Singapore Story.

We’re not Singaporeans. I’d like to think we’re a lot more fun, but admittedly, a lot harder to rule; nonetheless,we ought to have a common long-term goal, the backdrop of which is going to be our basis in choosing our leaders, election after election, so we do not get lost in the personalities and what’s uso. Then one more thing, our role in this development should never be forgotten. It should be taught in schools, reminded in our places of work, both public and private entities, so that each time we have a SONA, we are all accountable to each other, and responsible for the real State of our Nation!

Photo Attribution:  Photos from my iphone, #2015Instagram, PhilStar.com SONA 2015 put together by the author to help deliver the message of the article.