A year ago I attended the Institute Research Challenge (IRC) by the CFA (Chartered Financial Analyst) Society held in Atlanta, Georgia. I was there as a stage mother to watch my son Enrique who, together with his team from the Ateneo de Manila University, won the Asia Pacific championship and competed in the global finals. (Read my CFA IRC 2015 article).

On April 12-14, I was in Chicago to attend the Regional and Global competitions as a judge’s spouse. Should I call myself a stage wife this time? (Actually, I’m also here to meet with the pillars of Behavioral Economics but I will tell you about this in future articles.)

The CFA IRC is an annual global competition that provides university students with hands-on mentoring and intensive training in financial analysis. It may well be today’s most prestigious global competition on financial analysis. Over 5,000 students from over 1,000 universities around the world joined the competition this year. National competitions were held around the world to trim down the finalists to 103 universities who were sent to Chicago. On April 13 these 103 teams competed in semi-finals in order to find the qualifiers for the 4 Regional Championships (Americas 1, Americas 2, Asia Pacific and EMEA (Europe, Middle East & Africa), bringing down the contenders to 16 teams.

The Philippines was called out as one of the 16 teams! That same afternoon, the 4 Regional Finals were simultaneously held. The Philippines competed against Singapore, Thailand and Sydney.

It was a hands-down victory. Our team displayed impeccable timing in their presentation with slides, a bit of humor and a relaxed narration, thanks to our command of the English language, and of the course, the discipline and diligence of our students. Everyone was happy to hear them announced as the Asia Pacific Regional Champion team!

The following day was the Global Finals competition among the four regional champions. Some of the teams were noticeably older looking than our senior Ateneo students. True enough, some of them were already graduate students. Our team had the best presentation (according to most in the audience). However, it was not so clear in the nerve-wracking question and answer portion. In the end, the University of Waterloo, Canada (Americas 2 Regional Champion) was announced as the Global Champion. It was a well-fought competition and a great honor to be among the 4 global finalists (from 1,000 to 103 to 16 to 4).

Feeling good about our country
First story. Still at the early leg of this US trip, I was beginning to appreciate our country more. I told you, the older I get, the more patriotic I become.

Let me tell you a couple of stories. When travelling to the US, one thing I don’t look forward to is the process of going through immigration. There is an atmosphere of suspicion created (blame it on the terrorists), the lines are long and the staff members are not smiling, you immediately miss the smiling Filipino hospitality. However, this time around, it was quite pleasant maybe because we arrived early morning, “Oh you’re from the Philippines! I want to visit your place some day. My friend married a Filipina and he’s raving about your country – the people and your beaches.” Of course, I had to give my tourism pitch, “Oh yes! It’s a beautiful country… you should definitely come visit.” When he found out that my husband Marvin was going to be a judge at the CFA IRC, he announced, “Hey we have a judge here in the CFA competition. I just spoke to some contestants before you!” Then he went on to ask, “So do you have anything to declare? Did you bring chicharon?” To that I replied, “Nothing to declare.” then at the back of my mind, “Whew! It’s a good thing I refused to give in to a friend’s request to bring Lapid’s chicharon; otherwise, I wouldn’t have been able to answer with a straight face.

And this is one thing that I hope our kababayans will stop doing. Let’s stop bringing all those pasalubongs that are not allowed in the countries we visit so we don’t make bad reputation for Filipino tourists in general. Let our reputation be our positive traits – happy, caring people who render their services beyond what is expected.

Second story. On our first dinner with the other CFA IRC delegates, Marvin and I sat with contestants from Cyprus, who were graduate students. It was an interesting conversation because admittedly, I knew very little about their country. When I tried to retrieve my stock knowledge about their country, all I could recall was that I see “Miss Cyprus” in Miss Universe competitions! And all five of them at the table were good looking, females with deep-set eyes, well-chiseled facial features, dark hair and smooth white complexion without the usual Caucasian freckles. The men had the same distinct features but manly, more so because they were all sporting mustache and beard. They later told us that almost all men in Cyprus grow their beard in order not to look like a baby. I found it cool that their native language is Greek and I immediately imagined them in Greek costumes standing by the Parthenon.

Here are some interesting facts we learned from them that night. Cyprus is an island country in the Mediterranean sea. Despite being an old civilization (the earliest known human activity on the island dates back to around the 10th millennium BC), their population is only 800,000. A citizen of their country is called Cypriot (which I like because it seems to sound like Cyprus patriot). 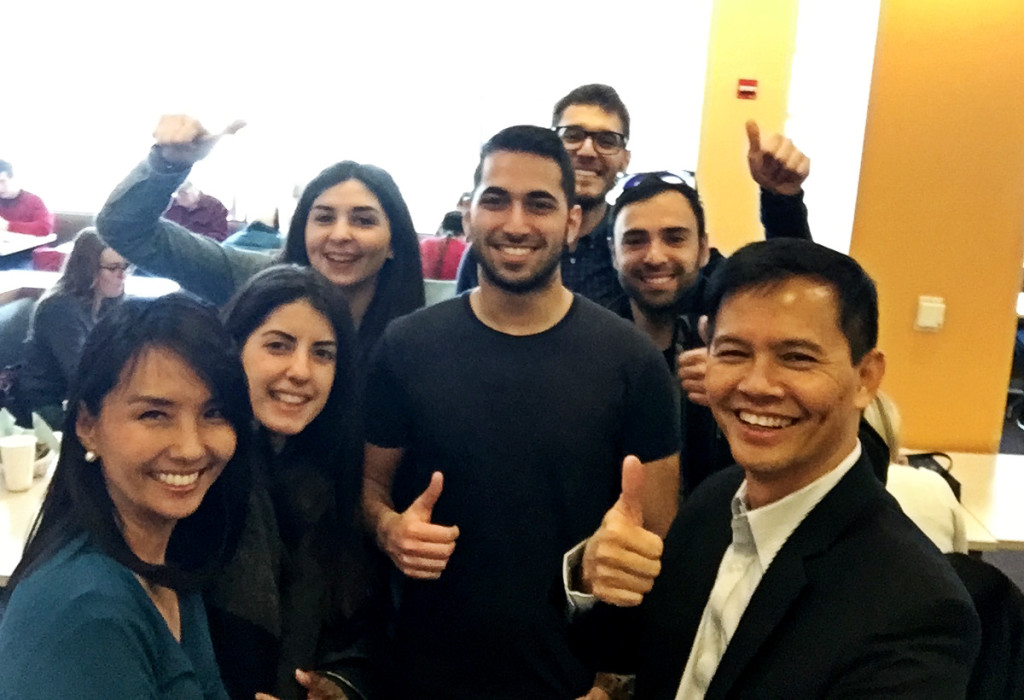 After they told us about what their country is known for (beaches, almost yearlong summer and kebab), they also shared with us their current state of economy. Their financial crisis in 2012-2013, part of the wider European debt crisis, was so bad that in return for a bailout from the European Commission, European Central Bank and IMF, their government had to take a significant haircut on uninsured deposits – i.e. goodbye to all deposits beyond 100,000 euros!

They’ve had negative GDP growth rates over the last few years. Fortunately, they were able to exit their three-year financial assistance program in March 2016.

While listening to them narrate these things happening in their country, I couldn’t help but appreciate where the Philippines is economically at the moment. We have been growing by over 6% p.a. and we’re poised to sustain said growth. Our population is over a hundred million and we are in a demographic sweet spot.

Third story. Of course my third source of feeling good about this trip is the victory of the Philippine team, which I narrated at the start. It was great to receive the congratulations from the other delegates, even if I was just there as a stage wife and of course cheering squad member together with CFA Philippines President April Tan, team mentor Mark Canizares and adviser Gorby Llado. Once again, congratulations to the Philippine team from the Ateneo de Manila University – Abbo Hernandez, Agnes Tan, John Te, Ralph Suarez and Gio Ong.

My one big insight during this ongoing travel so far is this. When you see the world beyond the confines of your country, you feel both small and big. Small because you realize that you are just a speck in this world, there are a whole lot of other people out there. And big because in the diversity of people, in the vastness of our world, you can still stand out and be appreciated by others. Plus the next leg of my trip has really made me feel special, being able to meet the people whose work I deeply admire, the pillars of Behavioral Economics. I promise to write about this in the future.

For the meantime, and as how the Philippine team started its presentation, “Mabuhay!”

ATTRIBUTIONS: Photos taken by author during the travel and from pixlov.com