The Philippines and the US are both in interesting times – it’s presidential election year. Survey results here and there. A lot of people are baffled at the results of these surveys. Why are the candidates who lack standard decency, with corruption charges, were Martial Law players, inexperienced and with qualification issues polling very well?

It’s because people are angry and they vote with their emotions first, then they “rationalize” later.

According to Nobel Prize winner Daniel Kahneman in his book Thinking, Fast and Slow (co-written by Amos Tversky), we have two basic ways of thinking: 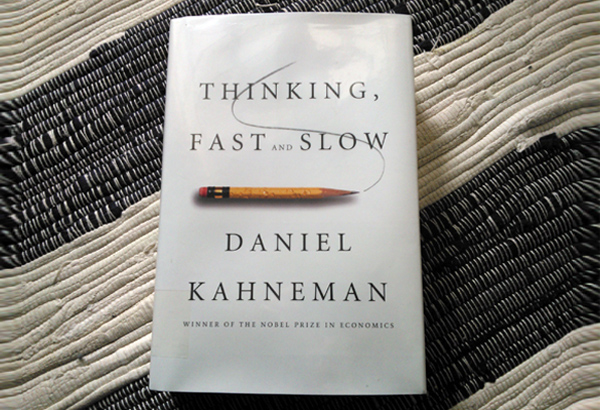 Ideally, for a serious decision such as who to vote for in the coming elections, we stand to arrive at a more logical and better choice if we switch on our Slow but Logical System 2. Unfortunately, we do it backwards. We switch on the Emotional System 1, then we switch on System 2 to come up with the justification for our choice.

A neuropsychologist once said that thinking is hard because the stony path to the truth is competing with seductive, easier paths; unfortunately, they turn out to be dead ends!

When someone is pissed off

When you piss off someone, chances are, you will get a curse, a middle finger or even physical harm. That is the Automatic System 1 responding to you.

Election time is the time when the citizens feel that they can finally be heard. After years and years of suffering from deteriorating traffic situation (for more on this click “It’s the Traffic, Stupid!”), persistent corruption decades after EDSA, poverty, etc., the pissed off citizens finally have the chance to express their anger. And this is the phenomenon called Voting With Your Middle Finger! 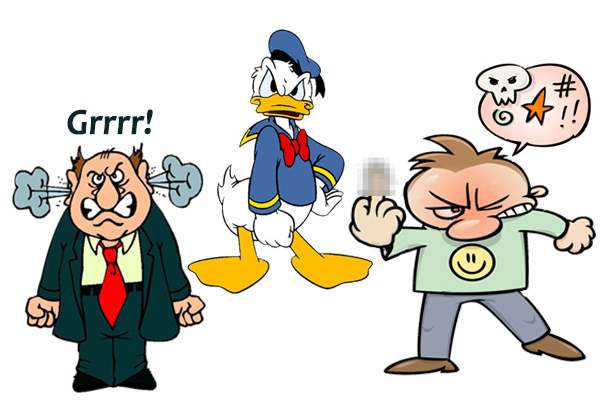 But is it justified? Who stands to win and lose we if we vote with our middle finger? The ones who stand to win are the candidates who are feeding on your emotions – your anger, fear and hopelessness! Same goes for the ones with charisma who can charm their way into your heart. They come with their rosy promises of cleaning up the country in no time at all, of cutting taxes while increasing your benefits. They will promise to do this and do that – never mind how, never mind if they don’t even understand what they’re promising. 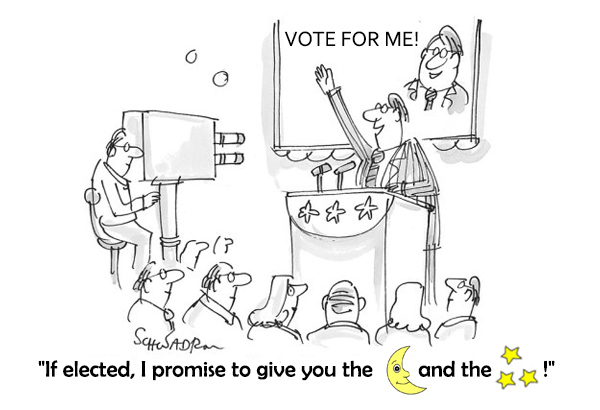 So am I saying let’s just settle with the status quo? Of course not! We have a long way to go, but let’s objectively look back and review what we have gone through all these years.

Want to know why we’re always disappointed with our elected officials?

1. Because all our problems cannot be fixed in a short 6 years! And somehow, we delude ourselves that once we elect this and that president, he will bring us to utopia. We would reason out, “That’s what he/she promised!” (One candidate categorically said in three to six months! Sounds like an investment scam to me.) So it’s also your fault if you believe in impossible promises. As we say in Filipino, “Walang manloloko kung walang magpapaloko!”

2. Instead of believing in the impossible, let’s be realistic. Do you know that real change happens in three generations (not three months, okay?) and that’s roughly one century! This is according to historian and educator Dr. Paul Dumol when he spoke at Leading the Vote Summit of the Charis Foundation of Chris Tiu last month. So let us manage our expectations. If we apply this to the eradication of corruption in government, it’s been 30 years since EDSA, approximately 1 generation, 2 more to go! Whew! So instead of being too dismayed, look at what improvements have been made and always remember the lessons, pass them on to our children. (More on this in no. 5.)

3. We rely too much on our elected officials. And I’m not just talking about those who literally rely on their mayors, congressmen and senators for their KBL (Kasal, Binyag, Libing), birthday cakes, basketball uniforms, etc., but everyone who refuses to pay taxes, would easily bribe a police officer for traffic apprehension while crying against corruption.

4. We probably imagine our elected officials as the Messiah and when they take office we get disappointed. Because they’re not Jesus, chances are, they’re just weak human beings like us. This is also the reason why we’re more willing to take a risk on someone who’s new because we still don’t know a lot about him. Some won’t bother to vote anymore saying, “Pare-pareho lang silang lahat!” The System 2 thinking would be to identify the weaknesses of the candidates then see if they’re acceptable or unacceptable characteristics of a leader, of someone who will represent us.

5. We refuse to see the improvements we’ve achieved over the years because we focus too much on what’s still missing. There have been a lot of discussions lately on the so-called glorious years under Marcos. Please! Let us not allow ourselves to be fooled again. Successful seasoned investor Wilson Sy wrote a good article showing economic data before and after EDSA:
a. GDP growth rates were NEGATIVE 7.3% in 1984 and 1985.
b. Peso depreciated by more than 150% in five years 1981-1985. In today’s terms, that’s from 47.5 to 118.75! And that’s not even the black market rates!
c. Interest rates were up to 40% with the Jobo Bills.
d. Inflation was double digit reaching 50.3% in 1984.
(Click 1986 EDSA Revolution and the Philippine Stock Market to read the article.)

Under the PNoy administration we have likewise achieved significant strides in less than 6 years:
a. The highest average GDP growth rate of 6.26% compared to the past presidents starting from Marcos’ Martial Law years. (Marcos: 3.43%, Cory: 3.85%, Ramos: 3.75%, Erap: 2.3%, GMA 4.46%)
b. Stable peso value, and balance of payments surplus
c. Low interest and inflation rates
d. For the first time, the Philippines received an Investment Grade Rating from international ratings agencies. Secretary Cesar Purisima received the Finance Minister of the Year award 6 times during this regime.
e. Audacity to send the biggest heads to jail – a former president, an untouchable senate president, popular senators, chief justice.

6. We fail to closely look at ourselves and reflect on how we have contributed to whatever unfavorable aspect we’re pissed off with.
a. Traffic – How many cars do you have that use our limited road space anyway?
b. Corruption – Have you stopped bribing people just so you won’t be inconvenienced?
c. Red tape and other slow processes in the country – Do you even show up on time in your own meetings?

We are all in agreement that there are still a lot to be done. But do you seriously think voting for Bongbong Marcos because you’re so pissed off with PNoy is the solution to traffic, corruption and poverty? Are we going to shoot ourselves on the foot again and ignore the momentum that our long and arduous fight against corruption has so far achieved and well observed with approval by the international community? Think about each of the candidates. Examine their respective compelling reasons for running and maybe you will have a better insight as to who can best lead us.

Would you now care to use your Logical System 2 instead?

I hope by now you have seen the advantage of using System 2 in choosing our next leaders. Do not just focus on what’s wrong that you end up building too much anger. To answer the question posed earlier, “Who stands to lose when you vote with your middle finger? Who stands to lose when you choose while you’re pissed off?” the answer is YOU. As we say in Filipino, “Talo ang Pikon!” 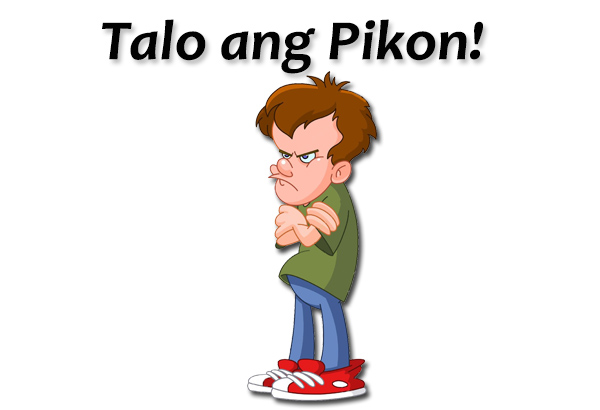