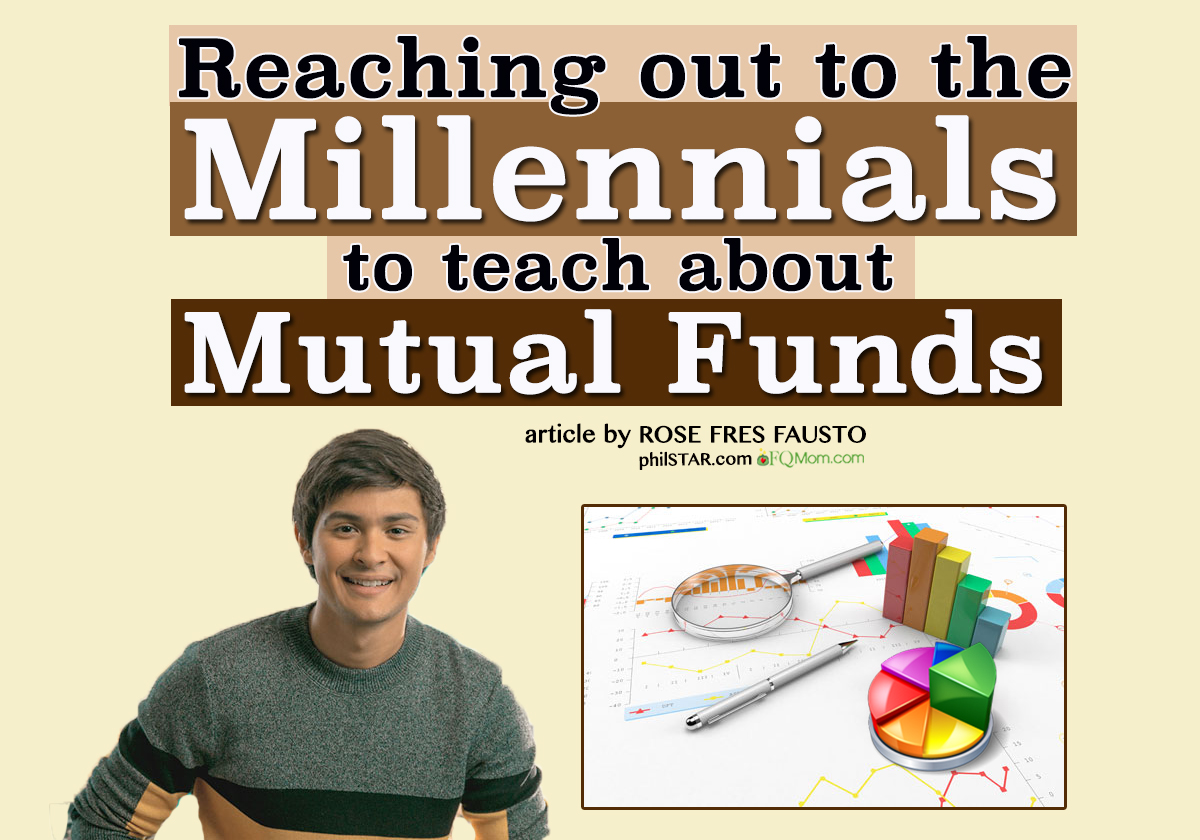 Matteo Guidicelli was born on March 26, 1990 in Cebu. His full name is Gianmatteo Vittorio Fernan Guidicelli, first among three children of an Italian father Gianluca Guidicelli and Filipina mother Glenna Fernan, who is a niece of the late Chief Justice Marcelo Fernan.

He first became known because of his racing career, having won numerous awards including the Karter of the Year for three times. He later became interested in acting and took up workshops at the New York Academy. He also attended Columbia College in Chicago but did not finish it as he came back home when he saw the opportunity to work in the Philippines.

He has been in the showbiz industry for a total of 11 years now. He is part of ABS CBN’s Star Magic and has appeared in a number of tv shows and movies. His appeal is in his athleticism, his edge over the other young actors his age. Matteo is into at least eight sports – karting, dirt biking, basketball, racer biking, swimming, running, polo and triathlon. 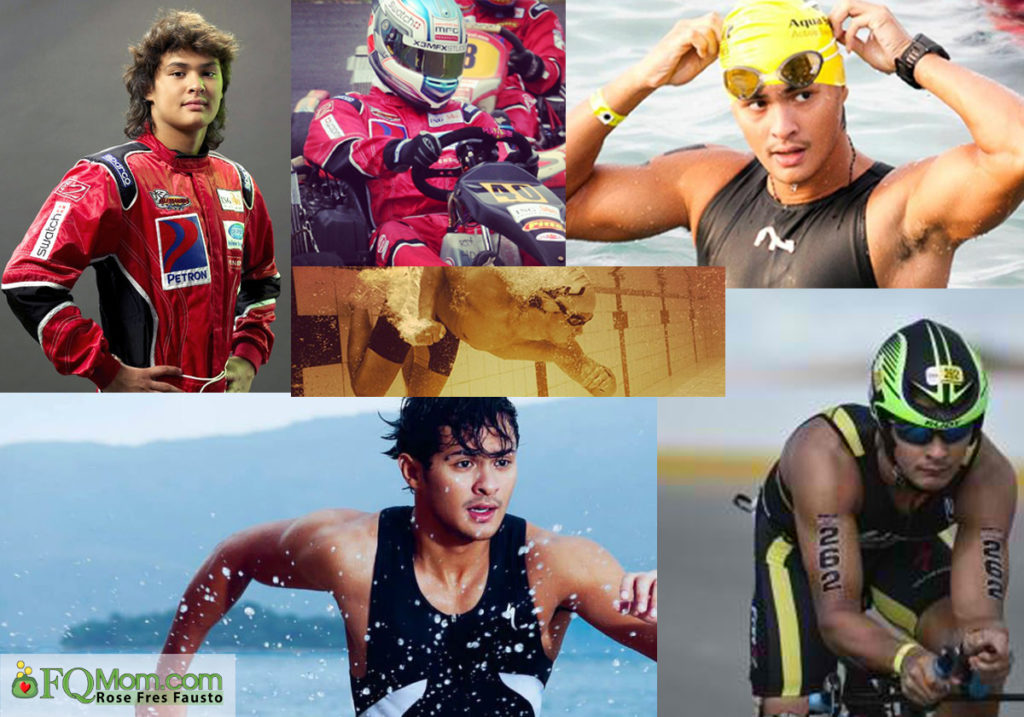 Today he is one of Sun Life’s brand ambassadors and his target audience are the millennials. Have you seen how Matteo explained Mutual Funds? He used travelling as an analogy in explaining this investment instrument to his fellow young ones who are so into travelling. (Click link to watch.)

During my one-on-one conversation with him, I asked, “Were you an investment virgin when Sun Life approached you?” He said yes, in the mutual fund field. Fortunately, his father has been very strict with his earnings and has helped him become disciplined about money. He’s very happy to have discovered investing in mutual funds and would have invested even earlier in his life had he known about it sooner.

When I told him that my oldest of three sons was his age, he asked when they started investing and he was surprised to hear my answer, “Straight out of their diapers!” J Well, I always say it’s best to start the FQ journey of our children as soon as they’re born. Open their first bank account and deposit all the cash gifts they receive. When they start asking about money, you will have something to show them and it will be a richer teaching and learning experience for both of you. 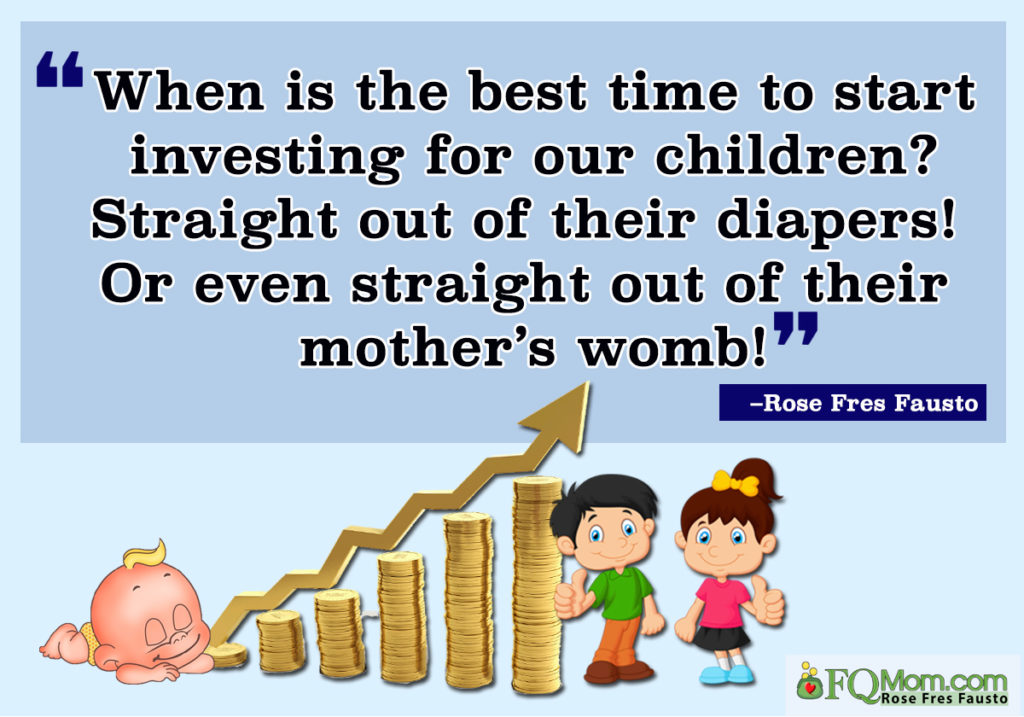 He shared his childhood money memory during the interview. He has an uncle to thank for, who gave him a precious gift – a passbook account with an initial deposit of P500. It was a thrill for the eight-year old Matteo and it paved the way to his saving habit. He wants to teach the same value to his ten-year old brother now. 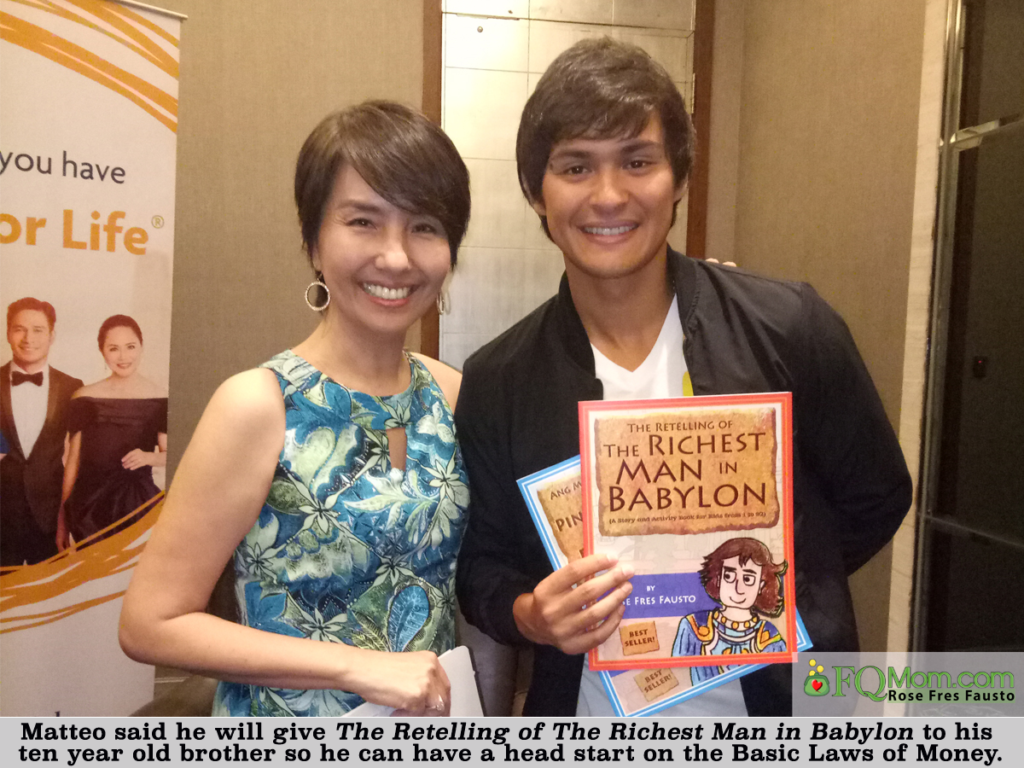 He also shared when his financial umbilical cord was cut by his father. (To read more about this subject, click Cutting The Financial Umbilical Cord) and how he still saves by still living with his parents. I was happy to get the impression that he loves and enjoys being with his family.

He also shared his plans as he approaches 30, what he might be doing if he weren’t in showbiz, and of course his FQ-ripot tip for the millennials. Watch for our FQ-wentuhan with Matteo Guidicelli at noontime today via FQ Mom Facebook page.

He impressed me as a young and eager investor sincerely hoping to prepare for his bright future and inspire other millennials to do the same. I certainly hope he succeeds. 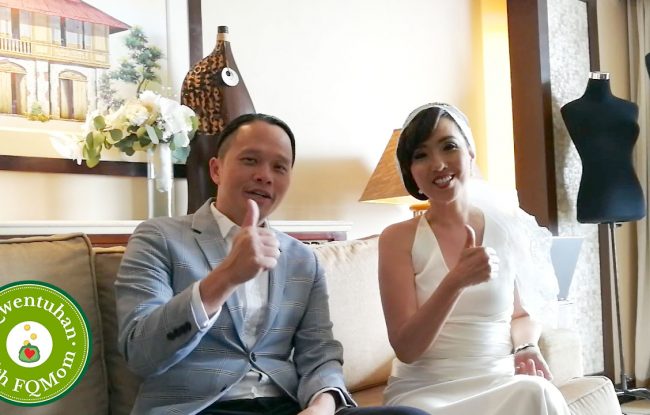